BCB had to postpone the franchise-based BPL competition in 2021 because of the Covid-19 epidemic. Since the BPL is returning with a franchise system, foreign players will be featured at this year’s event. The eighth edition of the Bangladesh Premier League will include a total of six franchises. However, BPL T20’s total six franchises are Khulna Tigers, Comilla Victorians, Sylhet Sunrisers, Minster Group Dhaka, Chattogram Challengers, Fortune Barishal.

Each team will play two matches. All the matches will be played in two venues. Although before BPL governing council said, it will a minimum three-venue.But due to security reasons BCB (Bangladesh Cricket Board) has decided the full tournament will play at three grounds.

BPL 8 will be played in 3 different venues in a phase-wise manner.

The BPL 2022 league stage will include two matches every day. The first match will begin in the afternoon, followed by the second match in the evening. The tournament will begin on January 21 with a match between Chattogram Challengers and Fortune Barishal. 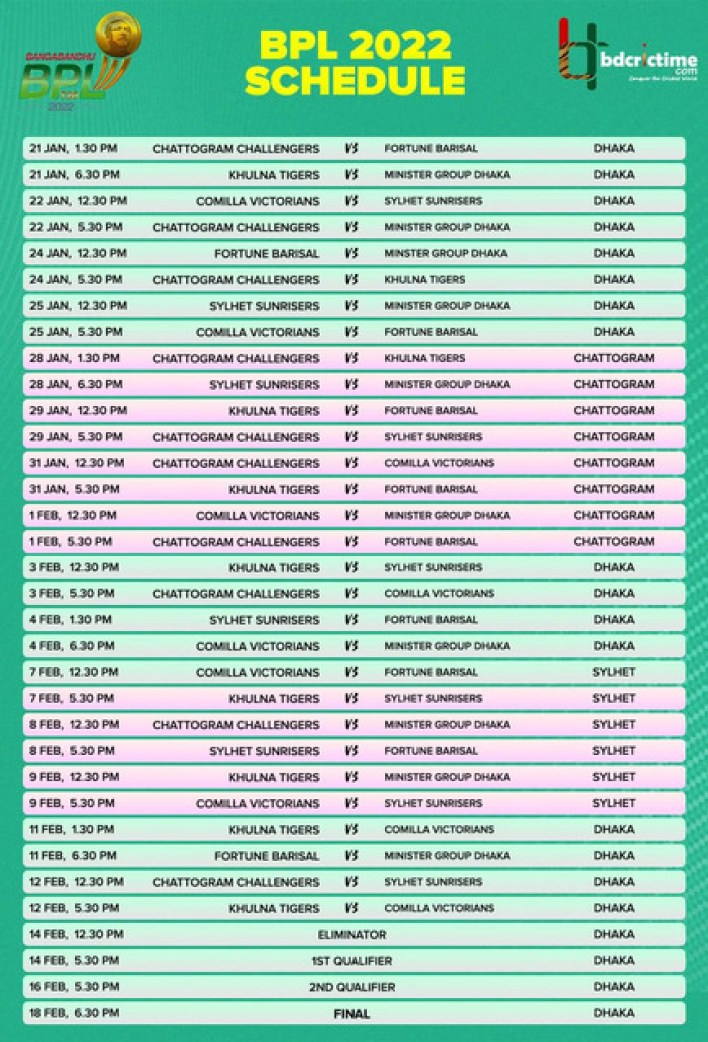 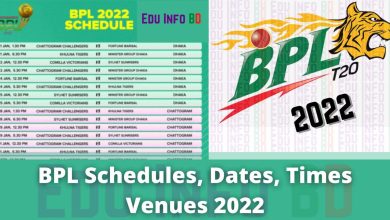 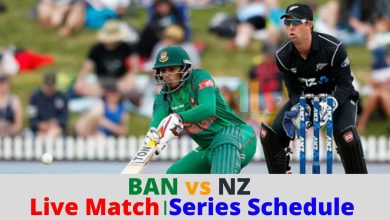