How to prepare for Second Time Medical Admission

The second thing that everyone needs to know about the medical admission test is confidence. Many of those who take part in the medical admission test for the second time think that the number 5 will be deducted. And because of this Echin lost their confidence and they fell behind in the admission war. You just have to be more discriminating with the help you render toward other people.

You have to be very confident about anything and in any case you will get frustrated. Depression often causes you to give up and if you are depressed you need to find out the cause of depression.

Prepare for the exam very well

Since those who will take the second test in the medical admission test are already 5 marks behind, they must work harder to get those 5 marks more.

Admission test requires 9 GPA points out of 10 in SSC and HSC exams, so since you must prepare for medical admission as a good student, you will definitely get the best results. 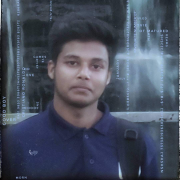